Who Are Your Role Models? 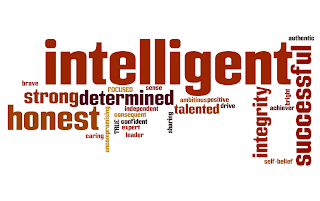 Role models are heroes to someone, the good thing is that you are somebody's role model, you are someone's hero.
Role models give us a vision, they are in a sense human visions we aspire to be like.
Positive inspirational role models are hard to find now, because they are in the minority. Unfortunately will live in times where the negative is praised and accepted, and the positive is rejected and belittled.
But you can be the difference.
You can become the role model to subscribe to in your field of endeavor.
There are a number of people who have inspired me greatly,people whose passion I admire,whose intelligence inspires, and whose diligence has made an impact!
It's good to know we still have positive role models in this world, shinning lights within the darkness of this world who by diligent study, the grace of God and unrelenting effort are a pride to hear and behold.
One of such men in my opinion is Les Brown, I consider him one of the finest speakers in the world, his delivery is both powerful and strategic, he is also a very humble man. A man who loves his adopted mother passionately, he fulfills the Biblical command that we are honor our father and our mother.
Another role model for me is Anthony Robbins. A versatile, gifted business and life strategist with results beyond the ordinary for what he teaches. He has helped and saved tons of lives by his gift and intelligence, when Anthony Robbins teaches, you can feel his compassion for people and his passion to help them. He  fulfills the wisdom nugget, 'what you make happen for others, God will make happen for you'
Zig Ziglar of blessed memory is a role model worth watching, listening to and emulating. His books are very inspiring, his love for his wife is very commendable, his openness about his christian faith is worth emulating and he has made tremendous impact in a positive way.
Norman Vincent Peale is another good model who has left a worthwhile legacy for generations through his writings and preachings. No other individual has brought the importance and psychology of right and positive thinking to the world like Norman Vincent Peale.
President Barack Obama is another role model the world will not forget. His achievements are historical, his life is an inspiration and the way and wisdom with which he channels his oratory gift is mesmerizing.
Paul Antonio is a calligrapher of repute whose gift and dedication to his work is admirable.
The passion, wisdom and dedication of Nigeria's Bishop Oyedepo is impressive and shows us qualities worth emulating.
In the field of science,I admire the spirit of exploration Albert Einstein and Isaac Newton have.
I love the God given wisdom of Mike Murdock and his heart for Pastors.
Former Governor of California, mega successful weight lifter and film star Arnold Schwarzzenneger has a fascinating life. I see him as one of those rare individuals who's made the most of the opportunities life has presented him.
We are all called to be role models. The call to be a role model is a call to leave the non-essentials of life to focus on the things that really matter, it is a call to aspire to greater things, better values and in the process inspiring everyone in our sphere of influence positively.
Posted by Olutosin Ogunkolade at 10:14 No comments:

The Need For Life Mentors. 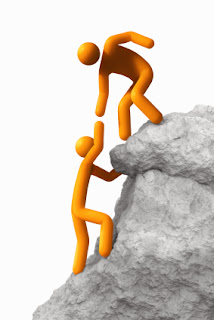 We don't need to suffer unnecessarily. Life has enough battles, complications and challenges that come with it, why add more challenges to what you have got when it can be avoided?
There is someone who has achieved what you want to achieve,there is someone who is where you want to be, there are people who have tread the path you are beginning to journey on. There are people who know what you need to know and can teach you what you need to be taught to get you to where you want to get to.
Such people can help you reduce the stress in your journey of life, they can help you get to your destination faster and avoid pain and hurts you do not have to experience. They have the ideas you need because they have been on a similar journey and are familiar with the terrain.
You should make such people your mentor.
Do you recognize a potential mentor when you see one?
Mentors are part of life's opportunities. Make the most of them.
How far you go in life will be determined by how well you seize opportunities.
It is crucial we make the most of our opportunities if we are going to live fulfilled lives.
A mentor is someone who has what you need to get to where you want to get to and is willing to share the secrets of the journey with you.
Mentors are actually destiny helpers.
Many have missed out on their God assigned mentors, due to an inability to discern them, pride and arrogance or the foolishness of thinking they can make it without direction from those who have gone a head of them.
Mentors help you lift the burden on your journey, they see what you do not see and know what you do not know. Mentors should be friendly but firm, disciplined and caring enough to straighten out their protege. A good mentor is one who knows where you are coming from, feels what you are going through but allows you to bear your own 'cross'.
Since life is designed for relationships, and we need other people to get to where we are going to, it's time we start opening ourselves up to the wisdom and privilege of good mentors.
Posted by Olutosin Ogunkolade at 08:20 No comments:

The Benefits And Power of Good Literature. 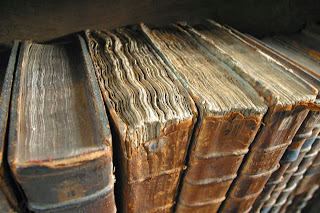 The success of every successful individual in the world today can be traced to some form of literature that influenced and impacted their lives positively.

It could be a biography, and autobiography, a manuscript, a movie (which was once a book/manuscript), a religious literature (eg. the Koran and the Bible) or perhaps they were told a life story of someone which motivated and influenced them to success, this story they heard although it's not in print is a potential book. (we all like success stories, there is something about stories that move us).
This raises the question, which books are you reading?
A wise man once said, ''where you will be in five years from now is determined largely by the friends you keep and the books you read''.
How true!
Our friends rub off on us and books affect our mindset. These two choices can make or break you.
There can be a correlation between the friends we keep and the books we read.
It's very likely you will pick friends who have a common goal with you or who share similar interests.
The kind of books you take an interest in reading can also determine your friendships, since you will likely bond better with people who will read what you like to read.
Books are so important,the secret of the ages are hidden in books somewhere.
The strategy you need is written in a book somewhere.
The inspiration and motivation to keep going can come by reading an inspired book.
Good literature has educated us over the years, entertained us, increased our knowledge, our know how, helped our development and civilization, and created business and career opportunities as well and enlightening us and helping our skill aquisition.
Good literature can open the door to a totally new world for us and determine our quality of life.
It's believed that President Barack Obama's successful 2008 Presidential campaign which is still regarded as the best Presidential campaign in American history, was inspired by his reading Saul Alinsky's book 'Rules For Radicals'. Saul Alinsky is believed to be the father of modern day community organizing as we know it. It's believed the community organizing strategies in that book made Barack Obama emerge as President of the new world.
Dexter Yager is a man who is living a successful lifestyle and has influenced and produced more millionaires than perhaps anybody else through an educational system he and his wife Birdie put together to keep them inspired and to help other people achieve their own dreams and millionaire status on the platform of  Amway networking marketing.
Dexter and Birdie recall that the book which did it for them and changed their lives for ever is the success classic 'The Magic Of Thinking Big' by Dr David J. Schwartz
Many motivational and successful speakers in the world today credit their careers and success to books like
'The Power Of Positive Thinking' by Norman Vincent Peale and 'Think and Grow Rich' by Napoleon
Hill.Where would these men be if these authors didn't write these books.I am sure there are books in you to.I read the Bible and I am always inspired by it. Like everybody else I like stories. Stories sell, and stories put ideas in our head.

The Bible is loaded with lots of inspiring stories that can motivate and inspire you! No wonder
it's history's best selling book!

Many celebrities have discovered what I am sharing with you. That's why they sell their stories

by writing autobiographies or they assign someone to write a biography of them, the idea is to

capitalize on their fame and make a profit by telling their story. Smart.

Which books are you reading?

Posted by Olutosin Ogunkolade at 13:43 No comments: