THE SPIRIT IN A MAN! 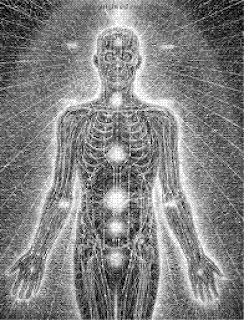 The word 'man' is a generic word that is used in referring to humanity as a whole, both male and female.

But in this article I am using the word 'man' purely in reference to the male gender. In using the word 'spirit' I am referring to the make up, heart and being' of the male gender.
It is very important that the world knows the man is different from the woman in many respects. A proper understanding of this will bring about more peace between the sexes on the job, in platonic friendships, in romantic relationships and marriage.
In a man's innermost being he is a warrior. He is equipped to fight spiritually, mentally, psychologically and even physically if he has to protect what he regards as his own.
In the Bible, every man God's spirit came upon became a warrior of some sort. Men have always been created to 'fight' and take territory. From Gideon, to Samson, from Abraham to Jacob, from King David to wise King Solomon whose battles where largely 'wisdom battles' which he excelled in above all the Kings of the earth there has always been battles carved out for men to engage in.
Women are nurturers and cultivators. They are not designed or cut out to do battle with men, especially their husbands. Their role is to support the man in his many battles in life. The woman was created for and because of the man.
Unfortunately we live in an age and time where men are becoming women and women are trying to become men. Roles are being reversed due to a lack of understanding of each sexes uniqueness, no wonder the world is in a mess.
There will be more peace in the home if the woman understands her man and the man understands his woman. More women will understand their husbands if their fathers had taught them who men are.
A lot of wives see think their husband is another woman, it leads to them getting into arguments with him and fights, which break down the family unit.
The spirit in a man is such that men show compassion to those who are submitted to them or lower than them, they fight and do battle with those who are on the same plane with them and they respect and reverence that which is superior or higher than them. This is the reason the Bible encourages women to be submitted to their husbands. Not because they are inferior, but its for the sake of structure and order in a home and because  of the way the man is 'built', because of the man's spirit.
When a woman rises up against her husband, she has signaled to him that she is not under his authority, when she does that she has signaled to her husband that they are equal in authority, when she rises against her husband she has declared he isn't her lord. That way she presents herself as someone he should fight, because there is no order between them. This type of stance and attitude robs a woman of her beauty in the man's eyes. He begins to see her as another man not a woman he should protect. It is the cause for a lot of physical abuse in many homes, men who hit their wives were not seeing her as a woman at the time he hit her. He was so upset, he was seeing her as another man he was in battle with. This is a psychology about men many women need to understand.
And when a man starts seeing his wife as another man, he will fight her, instead of fighting for her, for there cannot be two masters in a 'ship'.
Single ladies who have the privilege of having their fathers or who have male mentors with them should find out from him who a man is before they get married, it will save them a lot of heartache.
In the marital union, a wife can never 'prevail' against her husband in any form of battle. She can't because she has been placed under the authority of her husband.
If she doesn't understand this she will fight battles with her husband she will never win and remain in misery.

Posted by Olutosin Ogunkolade at 08:13 No comments: