The Beauty of Calligraphy. 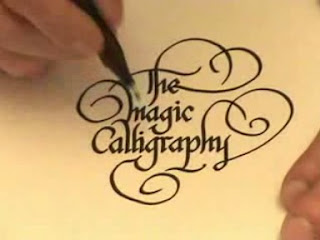 I  love art and i think i'm quiet artistic. I like art in its various forms and as a lover of art i appreciate calligraphy. Here is a brief look into calligraphy.


''The word Calligraphy comes from the Greek word, meaning, the art of beautiful writing, and goes back as far as 500 BC. The Roman alphabet, like the rest of its civilisation, was strongly influenced by the Etruscans, who migrated to Italy from Asia Minor via Egypt, absorbing much of the Greek culture. Before the invention of printing calligraphy was vitally important as a means of storing and transmitting the written word. For centuries scribes produced books by hand and we have much to learn from their methods. The modern student of calligraphy turns to historical scripts for an understanding of letterforms. The act of reading has become an everyday skill that most of us take for granted. Calligraphy helps us to see what we are reading by making the words beautiful.

In short Calligraphy is a powerful tool for communicating the written word in the modern world'' - Paula Camparini
Calligraphy is a beautiful form of art that involves the handwriting and can be used to form visual images. The neatness associated with this form of art, the creativity ,tools and materials you work with and the pride that follows a finished work of calligraphy is all very interesting. I guess there is nothing like making a living out of what flows out of you naturally. Thumbs up to all calligraphers.
Posted by Olutosin Ogunkolade at 04:17 15 comments:

Posted by Olutosin Ogunkolade at 02:33 No comments:

FROM ORDINARY TO EXTRA-ORDINARY 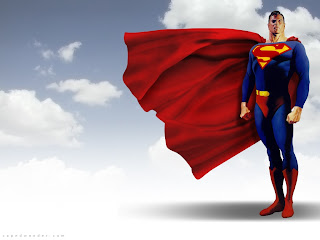 A wise man once said the difference between the ordinary and the extra-ordinary is the little extra. It got me thinking, i think it's true.
The little extra we put into whatever we do goes a long way in making a difference.Never underestimate the power of little. Little keys open big doors and dynamites come in little packages.
Extra-ordinary achievements are achievements that came about as a result of putting in some extra effort to the task at hand. Battles have been won, victories have been wrought,achievements have emerged, and respect has been earned because someone made the conscious effort to go an extra mile, choose to be extra kind, or make an extra effort. That little extra is what separates the boys from the men, the achievers from the under achievers, the winners from the losers, and the victor from the failure. The ability to go the extra mile in all things is what gives you the x-factor.
Put in the needed effort and extra in all you do in the year 2011, you'll be surprised to see how much progress you've made by years end.  You can make it, you will make it.
You can be extra-ordinary!
Posted by Olutosin Ogunkolade at 15:18 1 comment: