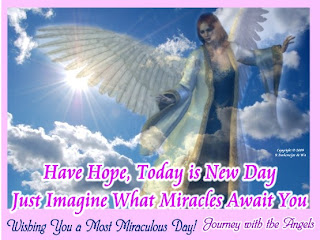 It  is  a  fact  in  life  that  because  the  original  exists  the  fake  also  exists. Most  times  the  fake or counterfeit  is  more  pronounced  than  the original, the fake seems to always preceed the original but the fake is evidence that the original exists. Its the same thing when it comes to the supernatural realm, magic and miracles are from the supernatural realm. Magic  is  proof  positive to us that miracles are real. Its surprising that there are people who believe in magic but doubt miracles. Thats like believeing in shadows but doubting the real individuals exist.
Magic is an act of the diabolic while miracles are acts of God. Magic occurs when demonic spirits go into operation to perform a wonder, while miracles happen when God's angels go into operation to perform a wonder. One has its source from the dark realm while the other has its source from God.
Miracles happen when natural laws are suspended or done away with, and replaced by higher spiritual laws from the Lord.
Magic is no match for miracles. Magic has its limits while the originator of miracles is unlimited.
On tv, magic is well publicised and glorified. The media have become peddlers of that which is fake, and the world has been deceived into thinking magic is the real thing. Books and movies written on magic have grown into huge franchises and generating large amounts of money. People find magic intriguing, and people being what we are with our inquisitve and curious nature to learn dabble into the world of magic to discover something  new, get entertained,  learn, and  find answers  to  our  problems only for such people to learn the hard way that the answers they seek is not  in magic, no  matter  how well  magic is packaged  and  publicised.
There is something about the nature of man that is interested in the supernatural, the spiritual, and realms beyond that which we see with our natural eyes. Perhaps this has to do with the fact that man isn't created an ordinary being as many have believed for soo long.
Man has within him the potential for wonders and a dimension that is Spirit, a dimension that connects him to God Himself. Man was originally created a supernatural or miraculous being.
Miracles are the answers we seeks and it comes only from the Lord. I  think  it's  time we start  packaging and  publicising  miracles!
Posted by Olutosin Ogunkolade at 19:33 1 comment:

The Truth About Money!

Money can control an individual. When this happens it's a great tragedy. Man was not created for money  but  money  was created  for man, man should not be under the 'influence' of  money but money should be under the  influence and control of  man.
The true character of  most  men is  revealed  when  issues  that  have to  do with  money occur. Personally, i have  seen  men  who were  humble  and  well  behaved change  for  the worse  when  money showed up in their lives. When a  man comes under  the  influence of  money  he becomes someone else for the worse.
Money  has  many  uses, and  is  very  beneficial  for  our  survival  here  on  earth. Infact  the  good  Book  informs us  that  ''money  answers  all  things''. Perhaps this  importance of  money  here  in  our earthly journey and  pursuits is what makes  many  people 'glorify' money beyond the ordinary. Isn't  money  merely printed  paper  recognised  as a  means of  exchange?
There are those who worship money. When  money  takes  the  place of  God  in a  mans  heart  its called mammon.
Money is a servant, money is a  tool, money  is an energy in tangible form that's used  to manifest our dreams and desires. Money is good when you use it for noble causes but can be evil when the thoughts and desires of an individual is evil, money  is  not evil  in  itself  but  it  takes on  the  character of  the  person  in possession of  it. Money is a neutral servant that obeys the wishes of its master to the latter.
Money shows up when favour is upon a life.
Money has ears, it can be spoken to.
Money is the reward of those who solve problems for others.
Money gravitates in the direction of an idea whose time as come. Money respects concepts and ideas, inventions and knowledge.
Money appears in the life of those who are diligent with work and believe in the beauty of their dreams.
Money doesnt come because of wishful thinking but gravitates towards the actions of men.
Money gives us speed and momentum in our life's journey .
Money shows up when you are profitable. The more profitable you are to someone or people, they more money you get access to.
Money   is not  success  itself  but can help you achieve success depending on what you do with it. 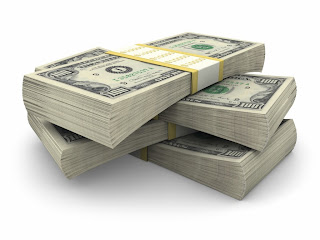 IT  IS  TIME  TO  BE  OMNIPROFITABLE!
Posted by Olutosin Ogunkolade at 18:33 2 comments: