Super heroes interest people. I grew up reading comic books, although I don't have much time to read them now a days I still like comic books, especially the ones that display well built and masculine super heroes who save lives and do all sorts of spectacular things.
From Thor of Marvel comics, to Superman of DC comics, and Slain and Rogue Trooper of 2000 A.D we see them fight off villians, save the planet, help people and do fascinating things; like Spider man's amazing ability to leap over sky scrapers and swing from one building to the other with the use of his spider webs.
Comic book heroes have fascinated some of us so much, the characters are being made into films which are turning out to be screen successes.
But we all know it is not the real world, it's pure make believe. The world of comic book characters are not real but heroes are real.
There are heroes in every day life who are probably not being acknowledged or recognized, not that many of them want to be.
The father who does his best to juggle his marriage, his career, his faith and still find time to bond with his child or chidren is a hero in my opinion. The single woman who single handedly raised her children, built a business and contributes to her community is a hero in my view.
The carers and support workers, who inconvenience themselves and endure a lot on the job to make life easy for those who have special needs are heroes in my opinion.
The surgeon who spent  the greater part of his youth studying hard, getting an education and acquiring skills to solve rare and delicate medical conditions so that patients can have a chance at life is a hero. Don't you think so?
The every day hero may not be charming and spectacular, they may not leap over sky scrapers or fly in the air, they may not have capes that distinguish them or special costumes and gadgets, but by virtue of their sacrifice and their contribution to humanity, they are heroes. They may not be applauded regularly, they may not be in the lime light, they may not have what it takes to make albums that sell in millions and they may not win nobel prizes but they are heroes all the same. Do you recognize them, do you appreciate them?
My parents are heroes.For giving me their time, being there for me, supporting me, raising me from childhood and appreciating me for who I am, I consider them heroes and they deserve my respect.
The ability to sacrifice for the greater good or benefit of another person or people instead of self is what makes an individual a hero.
For this reason, Jesus Christ is the greatest hero of all time! He is the 'crown prince of heroes', He is a superhero!
A hero who identifys with the vulnerability and weaknesses of  humanity, a hero who taught, provided, guided and loved humanity, a hero who is divine yet human, a hero who confers glory on His followers a hero who made the greatest sacrifice!
A hero who shed His blood! That is heroism at it's peak!
Posted by Olutosin Ogunkolade at 18:01 No comments: 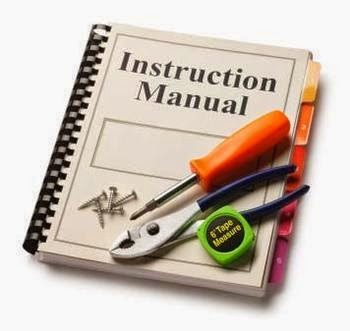 Life is a journey.
Since life is a journey, we will need direction.
Proper direction ensures we get to our desired destination.
Within directions, you will find instructions. If you dissect directions you will find instructions in them.
Instructions are important. For anything to function effectively and last it's expected lifetime we must follow the instructions that come with it. So how well we journey through life will determine how well we have followed instructions that are meant for our welfare.
Where and who do you receive instructions from?
From God or satan, parents or siblings, mentors and religious leaders or any one who seems to have results?
Do you receive instructions from just anyone or is it proven and tested people?
Man's instructions for you are often tarnished by preconceived ideas they have of you, the way they see you, and the situations they see around you. Man's instruction for you is often based on their personal evaluation of you which is often wrong in the first place.
God is the only one who has the right perspective of you and sees you the right way!
God is the most reliable source to receive instruction from! He knows you better than you know yourself, He created you and He loves you. And He hasn't left you without instruction in this journey of life.
'The Lord knows the way through the wilderness, all you have to do is to follow'
God's instructions have been wrapped in a Book called the Bible. You will do well to start digging out these instructions, there are instructions for every areas of life in the Bible.
Posted by Olutosin Ogunkolade at 13:21 No comments:

Whose Word Do You Listen To?

We have to be careful who we listen to.
History attests to the fact that the advise people, co-operations and even entire Kingdoms have taken have either made them or marred them.
You may be one advise away from making a decision that will determine where you spend your eternity.
You may be one counsel away from making a decision that will bring you either success or failure.
You might be one one word away from choosing the right life partner.
The question is, who do you listen to?
It is a fact that the people we choose to listen to will determine the decisions we make and the decisions we make will determine our destiny. Our destiny is simply the outcome of our decisions. The only thing that is pre-destined is the outcome of our decisions. That's why it is so important for us to make the right decisions so that we will turn out the right way and get the right results. Since no one has it all when it comes to all the wisdom, knowledge and understanding needed in life, we feel obligated to to seek advise and counsel.
From ancient times even Kings sought advise. The had personal advisors and groups of 'wise men' who were made up of magicians, sorcerers, astrologers, experienced statemen, any one who had something to offer and could help give them the strategic advantage.
The good Book says 'there is a way that seems right to a man but the end thereof is destruction'
Are you seeking counsel from the right sources in life?
Who do you listen to?
Are your advisers your dream killers without realizing it?
It's sad when people mistakenly turn to their enemies for advise without even realizng it.
Knowing what's is in the heart of man can be difficult, that is why we have to be careful who we listen to.
The creator in His wisdom understands what man's experiences are and He hasn't left us without Help.
Within man is an internal guidance system called our conscience. Within us is an internal compass called our intuition. Within us is an internal sensor called our perception. You will hardly go wrong if you follow them.
Most important of all is the Spirit of God which God releases into those who are saved and have accepted Jesus as Lord and saviour, the Holy Spirit is our exclusive privilege. He comforts, guides, encourages, teaches, reminds and counsels. He supplies knowledge and wisdom, and gives direction and help.
He is one person you should listen to.

Posted by Olutosin Ogunkolade at 02:02 No comments: