Of Christmas and Pagan Roots. 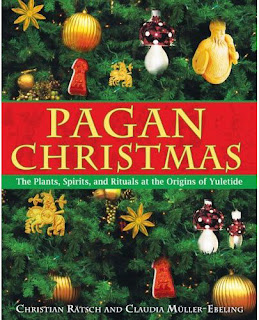 I was chatting with a young christian friend of mine about two days ago through my phones WhattsApp. As a kind gesture which is appropriate for the season I sent her a Christmas carol recording with some classic Christmas tunes. One of the songs, I believe it's by Bony M says "Mary's born child Jesus Christ was born on Christmas day".
Being an intelligent, young, zealous christian lady, my teenage friend was ready to debate me with regards to the song.
'Jesus was not born on the 25th of December' she argued, and she doesn't believe in the Christmas celebration because Christmas has pagan roots. 'It was started by Pagans she claimed'
I understood her view, and I knew where she was coming from. I'm a 35 year old man, I have experienced quiet a number of Christmas celebrations in my young lifetime (I still consider myself a young man).
These are the typical discussions and debates that go on in the christian circles during this time of the year.
I tried to share and explain a few insights with her regarding this topic of discussion, and I tried to let her know I didn't want to bore her with details.
She asked me to go on, 'because I am the one who will educate you' she said.
Our discussion commenced.
At this point I must state that I celebrate Christmas, I appreciate the season and I love the motivation behind the giving of cards, gifts and spending time with family, loved ones and friends.
I tried to let my young friend understand that it is not only Christians God uses to establish things here on earth. That the Christmas date was 'picked' and started by people she sees purely as Pagans and not God's creation does not mean God may not have been the one orchestrating behind the scene. After all 'times and seasons are in His hands'
Many Christians make the mistake of thinking its only Christians God uses in this world, and if it is not made, created, put together, orchestrated or decided by a Christian it is wrong or evil in some way.
This is an erroneous way of thinking.
The Bible tells us 'God leads sinners in the way'. God can use a sinner, direct a sinner and bless a sinner as His ways are far different from ours. The Holy Scriptures and history is full of examples of people God used for great and specific purposes in the earth.
These are the things I was sharing with my friend as we exchanged texts back and forth.
I mentioned people like Nebuchadenezzer, King Cyrus as scriptural examples and I mentioned Julius Caesar as a historical figure as people who were not godly by Christian standards but God used them. They were Pagans and heathens in their time.
Nebuchadenezzer was the founder of the Babylonian empire, King Cyrus was the founder of the Persian empire and Julius Caesar is the man we have to thank for the calender structure we use in the world today.
The Bible informs us that God gave Nebuchadenezzer the glory he had and allowed him to build and establish Babylon, King Cyrus was specifically called a heathen, a wild 'crow' that God picked and anointed for a specific purpose. He released the Jews in captivity and supported the building of the temple in Jersualem, which was in line with prophecy.
The point I was trying to let my opinionated friend see is that the Christian celebration may have been started by Pagans but they may have been used by God to pick a date for the celebration of the birth of God's dear son.
'But Christmas is not mentioned in the Bible' she said.
Just the same way there are many words not used or mentioned in the Bible, I replied.
'If celebrating the birth of Jesus is that important, it should be mentioned at least once in the Bible' she said.
I went on to explain to her that that the Bible is clear about it- there was a celebration in heaven when Jesus Christ was born. The earth didn't celebrate it at that time because people have always been slow in catching up with God and spiritual realities.
'But it wasn't December the 25th Jesus was born' she said.
I replied giving an illustration that if she was to celebrate a son's birthday 3 months after his real birth month, does that mean the day she chose to celebrate her sons birthday should not be called her sons birthday? I wanted her to understand that it's the happiness of her son and the joy of the day that mattered and not whether that was the specific day and month.
She was beginning to understand my perspective but she still held on tenaciously to her views.
The spirit of love, unity, giving, and remembering the birth of Jesus is what is important. And this is what the Christmas season does. I don't know any other time of the year when people show so much love and demonstrate such kindness like Christmas. That is the essence of it. God gave His son, He demonstrated love.
The only issue I have about the season is that many people have lost the focus of what Christmas is about. The values from the season are good but the focus can be wrong. It's about Jesus!
The meals, the gathering, the good works and the music  is purposeless in my opinion without the focus of the day being about Jesus. Jesus is the reason for the season!
Its about the Man, not so much the festivity.
So as we remember the birth of His son, we should give and demonstrate love like God has done.
Merry Christmas everyone!
Posted by Olutosin Ogunkolade at 21:08 No comments: