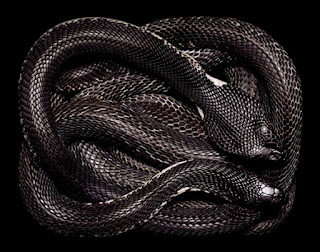 The serpent is an animal usually associated with negativity, satanism and evil. The serpent is a reptile that is often associated with fear when thought about.
Even scripturally the serpent is often synonymous with the devil, after all the devil chose the image of the serpent when he wanted to tempt Eve, the first woman ever created.
There is a side to the serpent very few people see or understand. The serpent is a wise animal. The Word acknowledges this - " be wise as serpents, harmless as doves". This is something positive we can glean and learn from the serpent.
The serpent is a symbol of wisdom. That's why Pharaohs used to wear hats (a Pharaoh's crown) that have the image of serpents in front of them. Pharaoh's understood the importance of wisdom and promoted men who have such a quality. They surrounded themselves with psychics, astrologers, counselors and magicians, men they believed could give their reign some sort of superior advantage.
Jesus is the wisdom of God, and He hung on a cross. He said " as the bronze serpent of Moses was lifted up, so will He be lifted up. I will not be wrong to say the bronze serpent is symbolically a representation of Jesus.
"Everything the Lord has created is good" There is good in everything the Lord has created. There is good in the serpent if you choose to see it.
Posted by Olutosin Ogunkolade at 15:40 No comments: