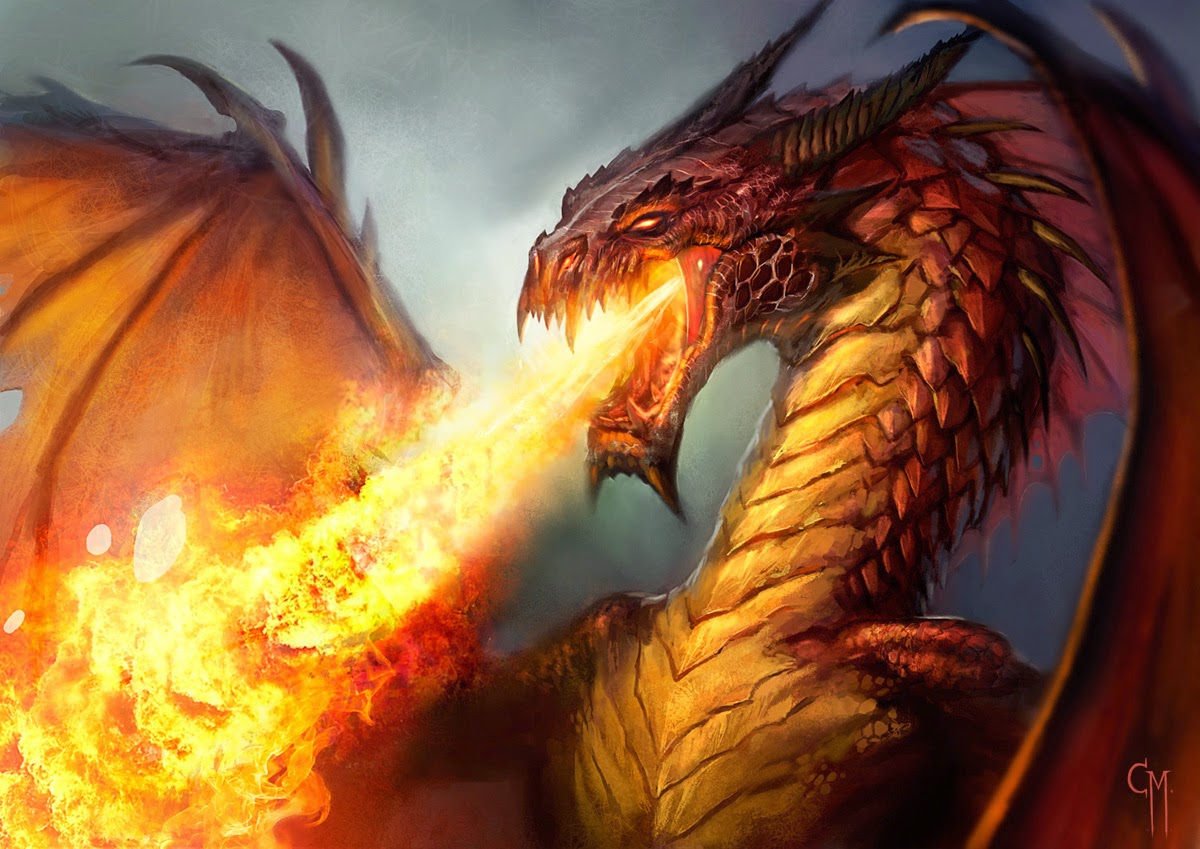 Dragons are not creatures new to many of us. On t.v through children's adventure animation and cartoons we see them, they are are in our films and movies and in fantasy books and comics. There are even game consoles that have them and board games like 'dungeons and dragons'.
But do dragons really exist or are they ancient medieval creatures that once existed and have been wiped away like dinosaurs.
We know dinosaurs existed because there are fossils and archaeological evidence to prove they existed. If not for archaeological evidence and museums that have put together the complete bone structure of dinosaurs many people may not believe in their existence.
I believe dinosaurs existed and I also believe dragons have existed or perhaps might still exist as under water sea creatures that don't make their way to the earth surface anymore because God restricts them.
The truth of the matter is that there are mysteries in this world, mysteries on this earth that man is just discovering or has not discovered yet.
Nephilim's exist. A nephilim is a fallen one. The Bible records that angels took wives for themselves in the book of Genesis Chapter 6 during the times of Noah and these women gave birth to creatures that were half divine and half human, hybrids that have come to be known as nephilims or rephahims which means fallen ones. And they are the fallen ones indeed because God wiped that generation of giants away.
The Bible tells us those nephilims were the great men of old, I believe many stories that fascinate us today were written from inspiration drawn from the existence of these beings, stories of men like Hercules, Thor, Achilles, Apollo (the greek god) and many greek hero's and gods were inspired by the real life exploits and stories of nephilims.
Archaeological evidence also validate the fact that these beings once walked the face of the earth. There are skeletal bones dug out from the ground that prove this.
There are men who have researched deeper into this subject than I have. Check out and research the works of men like L.A Marzulli and Steve Quille.
We may not have much archaeological evidence to prove that dragons exist but we know they are reptilian in nature and dinosaur like. If we can believe dinosaurs existed then we should not find it hard to believe dragons may have existed or still exist.
Perhaps God keeps them bound in the depths of the sea so that they cannot harm man or wipe out the human race, or perhaps they are now extinct like dinosaurs
However the Bible likens the devil to s dragon. In fact he is called a dragon in Revelation 12.
Why will the Bible talk about or liken the devil to a creature that doesn't exist? If he is being described as a dragon in the book of revelation it's because the dragon is a creature that exists or has existed. In the book of Job, a creature is described called a 'leviathan'
The Bible is an interesting and remarkable book. One of the principles we discover from the Bible is that many things we see in the natural reflect what exist in the spirit realm. The devil is a spirit being but the Bible uses natural things and creatures to explain spiritual realities.
In Job chapter 41 the Bible talks about Leviathan, a creature whose description falls perfectly in line with what we know fire breathing dragons to look like!
The Bible is a true book! It is describing a creature that existed in the time of Job. This description is what we call a dragon today!
The breath, the strength, the fire from the mouth of the leviathan, a creature that lives in the water, it's fearlessness, reptilian scale like skin, a creature there is nothing like! These and many more descriptions listed in Job chapter 41 are all descriptions of a dragon to me.
The dragon and the snake are the two major animals the devil is described as in the book of Revelation. In Genesis, he is also called a snake/serpent. If he is likened to a snake which is a present day living creature, then dragons are not mere fantasy or fables. These are living creatures that may be extinct or yet to be discovered in the depths of the sea today!
Posted by Olutosin Ogunkolade at 17:35